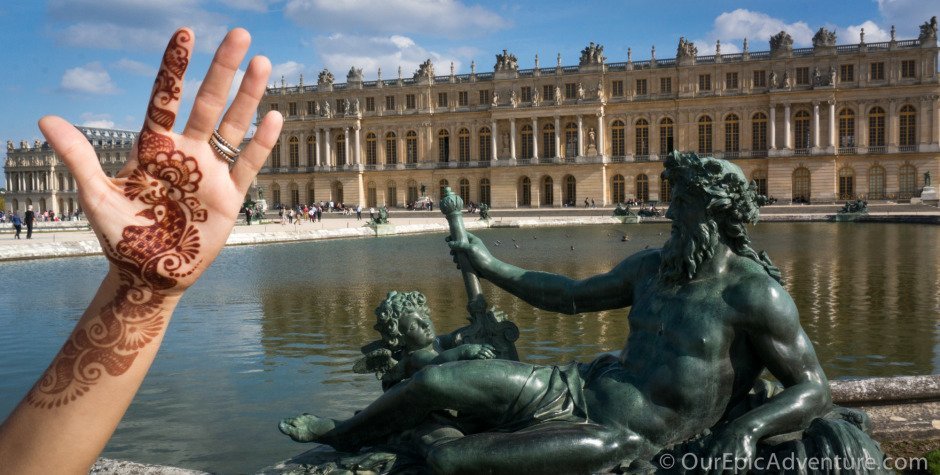 The journey from India to Paris was remarkably easy. It was like Lufthansa gently scooped us up in Delhi and placed us down in Paris… the travel was so easy that we were even more shell-shocked by the transition.

Leaving India, we had a quintessentially Indian taxi ride to the airport and a quintessentially sweet interaction with the emigration officers, who asked when we would return. Our 9-hour flight to Germany and 1 1/2 hour flight to Paris were remarkably empty, quiet, and smooth… so much shorter and easier than a night bus that it was even more surprising to touch down in Paris. We were greeted by a magnificent cloudy sunrise through the plane windows. In the cab, we passed sculptures of cows in the manicured divider on the civilized highway from Charles de Gaulle into Paris, a far cry from careening around cud-chewing cows amidst honking swerving cars in India just hours before.

5) Fruit market (Paris, France & Kampot, Cambodia… not all that different!)

15) What remains of an old moat and an old stream (Vannes, France & Rishikesh, India)