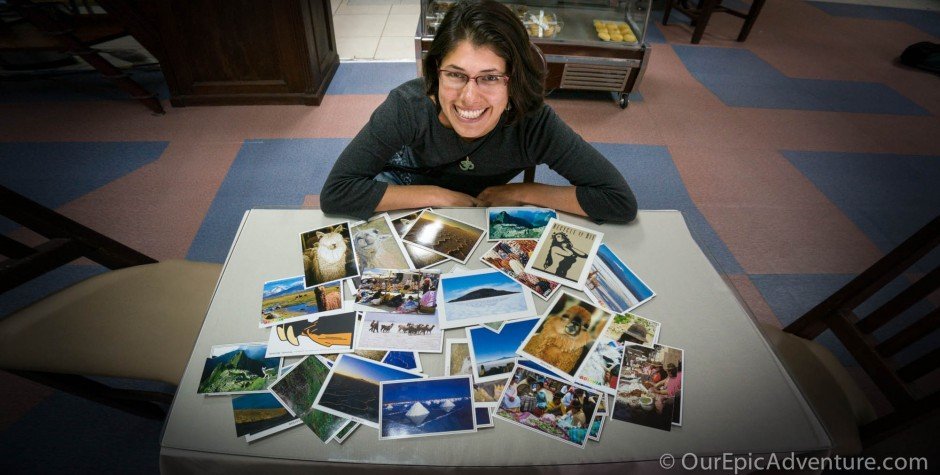 On Thanksgiving morning, we woke up in Rurrenabaque, bought some pastries at the French pastry shop, had copoazu juice, and wandered around town for a little bit. Then, we headed for the Amaszonas airline office.

From Rurre to La Paz

In order to catch our flight back to La Paz, we first had to meet at the airline office in town. Then you board a bus, with your luggage on top, that brings you to the airport situation for about $1.50 USD. The “airport” is adorable to say the least, as is the security check, which is easier than most NYC nightclubs. (They do scan you with a metal-detector wand, and take a cursory glance into your carry-on luggage.) From there, we had the half-hour flight from Rurre to La Paz, this time in reverse climbing above clouds while thick jungle is carpeting the ground, only to emerge minutes later to see harsh brown mountains below.

(note, all theses people are both going and coming from the plane at the same time)

Rurrenabaque from the air!

From the La Paz airport, we took a cab to the bus terminal, bought a ticket on an overnight bus to Sucre, put our bags in the bus terminal bag check area, then went off to explore La Paz for a few hours. We successfully purchased a new watch for Mitch (he accidentally left his zipped in his pants pocket when we sent his pants off for laundry, so it consequently disappeared), took a trip to the post office (see below), explored some local plazas (including one with masses of friendly pigeons), and had dinner.

From La Paz to Sucre

The overnight bus, 13 hours and approx. $20 USD for a “full-cama” (fully reclining bed seat) on a company called El Dorado, was thankfully not too eventful. Our seats were in the very front of the second floor, which meant nice views whenever we could see (and a surprisingly beautiful sunrise). The drivers, thankfully, were quite safe and quite awake. During our drifts of wakefulness, we saw 3 overturned buses and trucks by the side of the road, making us thank our lucky stars that there were a few dudes in the driver area who were laughing and listening to bad music while driving. Especially since the road had plenty of detours over bumpy dirt road areas, with lots of twists, turns, and mountains throughout.

It’s worth saying that when we stopped (more details momentarily), I saw that a guy was sleeping (with a bunch of blankets) in the cargo area at the back of the bus… literally, the area they open from the outside of the bus to put boxes and luggage in, they opened it and some dude was sleeping in there, seemingly with the full awareness of the bus company and/or drivers. Over the course of the night, they stopped a few times to pick up other passengers by the side of the road, and at one point I woke up to find out that there was some guy sleeping in the aisle by our seats.

That said, while the bus was supposed to have a bathroom, it didn’t quite work and was simply locked the entire time. Not good, especially for people who had had travel-stomach-issues the previous few days (nor for people who regularly wake up to pee in the middle of the night). The bus left the station at 7:30pm. While they were collecting tickets, Mitch asked about the bathroom and the guy mumbled some inarticulate response. At 9:30pm, Mitch went down to ask when there would be a bathroom stop and was told that they would stop in a half hour. At 10:30pm (no stop prior), Mitch went down again and they said that he should have jumped off when the bus was in traffic a little while prior. So, 15 minutes later, when there was a bit of traffic, he jumped off, peed by the side of the road, then jumped back on. (No such luck for the ladies.)

At 1:30am, we stopped in some 2-street town with a restaurant where they had apparently made some arrangement that bus passengers could use the bathroom (I guess it’s a frequent occurrence). It was among the worst bathrooms I have ever seen… 3 stalls with no doors and toilet bowls but no seats, filled almost to the brim with stinking urine, which also coated the floors.  To “flush” the toilets, you took a cut off plastic jug to a barrel of water and dumped water into the toilet. There were no further bathroom stops until we reached Sucre at 8:30am.

I tried to pee in the bus terminal bathroom, but somehow with the 4 or so stalls and an equal number of sinks, there must have been 20 women and 30 children all cluttered into the little room trying to get all the children to go to the bathroom, old ladies pushing, and other people doing their hair at the sink. I gave up and decided to keep holding it in until we reached a bathroom that didn’t require me pushing and shoving to get to a toilet.

Thankfully, Sucre is a fantastic place to chill out and decompress, which we’re already looking forward to writing about soon.

For our wedding, we asked people to contribute to our epic honeymoon of travel instead of giving us material gifts. (Our toaster works great, and we certainly didn’t need a second one to carry around in our backpacks with us.) We promised to send notes of thanks from the road when we are using people’s gifts. So… our first batch of thank you’s was sent from NYC before we left home. And we made use of our layover time in La Paz to go to the post office (much more efficient than expected) to mail a big batch of thank you notes!

In case the Bolivian or US post services (and, for some, Israeli and Finnish post services) stop our cards from getting through, huge thanks, in no particular order, to:

We also have to offer a public thanks to Gwen, whose very generous gift has allowed us to take all of the incredible photos we have been posting of our travels.